A satellite campus accelerates innovation through partnership with industry

Northeastern University’s Innovation Campus in Burlington (ICBM) brings bright minds and ideas together to incubate, accelerate and launch high-tech, research driven start-ups in three buildings. Because new ventures have limited time and funding to prove viability, the spaces that support them had to be up and running at record speed. Success hinged as much on creative delivery as it did creative design.

Housed on the grounds of a decommissioned missile base and located strategically within Boston’s Route 128 Technology Corridor, NU’s 14-acre Innovation Campus was developed as a regional network for applied research. At this location, faculty and students work closely with experts from industry, government, and academia, translating their discoveries into new technologies, materials, and systems. Research spans disciplines from national security and cybersecurity to novel materials, nanomanufacturing, drug analysis, structural testing, and data analytics. The work is fully supported by state-of-the-art laboratories and equipment, a venture incubator, and secure convening areas.

It wasn’t always this way. When the ICBM was established, it consisted of three anchor buildings. The 70,000 square foot George J. Kostas Research Institute (KRI) was the most modern, commissioned by NU in 2011, designed for research, partnering and flexibility to accommodate potential tenants. Its spaces were a mix of high-bay, dry labs and office space. It was well positioned to welcome start-ups.

The other two buildings were of an earlier era – these included a 13,000-square-foot Barracks Building, and Elliott Hall, a 43,000 square foot building used for night school and continuing education by Northeastern when the campus was purchased. Both could be best described as “retro.” Renovation was critical to support innovation “at the speed of business” — the creed of KRI’s CEO Peter Boynton.

The great challenge for these older buildings lay in preparing them for tenants that were fast-moving — and ever-changing— targets. Transformation of spaces to suit tenant needs happens on the fly. The UAS (Unmanned Aircraft Systems) Flight Lab is a great example. Requirements included an indoor testing space with high ceilings and open areas, as well as a connection/pass through to an outdoor area that could contain a 60’ high x 300’ long x 150’ netted drone flight area.

As luck would have it, Elliot Hall contained an auditorium space adjacent to an unused parking lot. Our study revealed it could be transformed into a world-class center for drone research — at minimal expense. With its soaring, open ceiling, the old auditorium became a state-of-the-art anechoic chamber with air-flight pathways that lead directly to the exterior test flight area. It took 18 months from planning to reality — lightning speed in construction years — and, as a magnet for other tenants, set the stage for more partnerships housed in Elliott Hall, and the eventual completion of the Venture Creation Center (VCC) phase II—modernizing the Barracks Building.

VCC spaces support faculty research that gives rise to early-stage companies – it needs to be cost efficient for tenants and offer both office and wet lab spaces. This required removing hazardous materials, addressing ADA/MAAB issues and upgrading the MEP/FP infrastructure. Then we reconfigured classrooms into office space and incorporated a shared wet lab. Shared conference space at the KRI building made it possible to accommodate the lineup of new companies waiting to get in. They filled rapidly; all of the Barracks Building was transformed within nine months. This led us back to Elliott Hall, where we again turned mothballed classrooms into core and shell office space.

It’s been six short years since Jones began our first project for the ICBM. In that time, 93,000 square feet have been modernized to support more than 20 complex and/or sensitive spaces that meet the campus mission of accelerating technology and innovation through its model of research-driven by partnerships. Comprehensive updates to code and building systems of Elliott Hall tee up another 40,000 square feet for future rapid deployment of fit outs to support new initiatives. A fluid and adaptive design/build-style approach got the job done. All parties stayed flexible; open communication was paramount, as well as strong relationships with research partners and design and construction teams assembled to execute the ICBM’s speed-of-business approach. 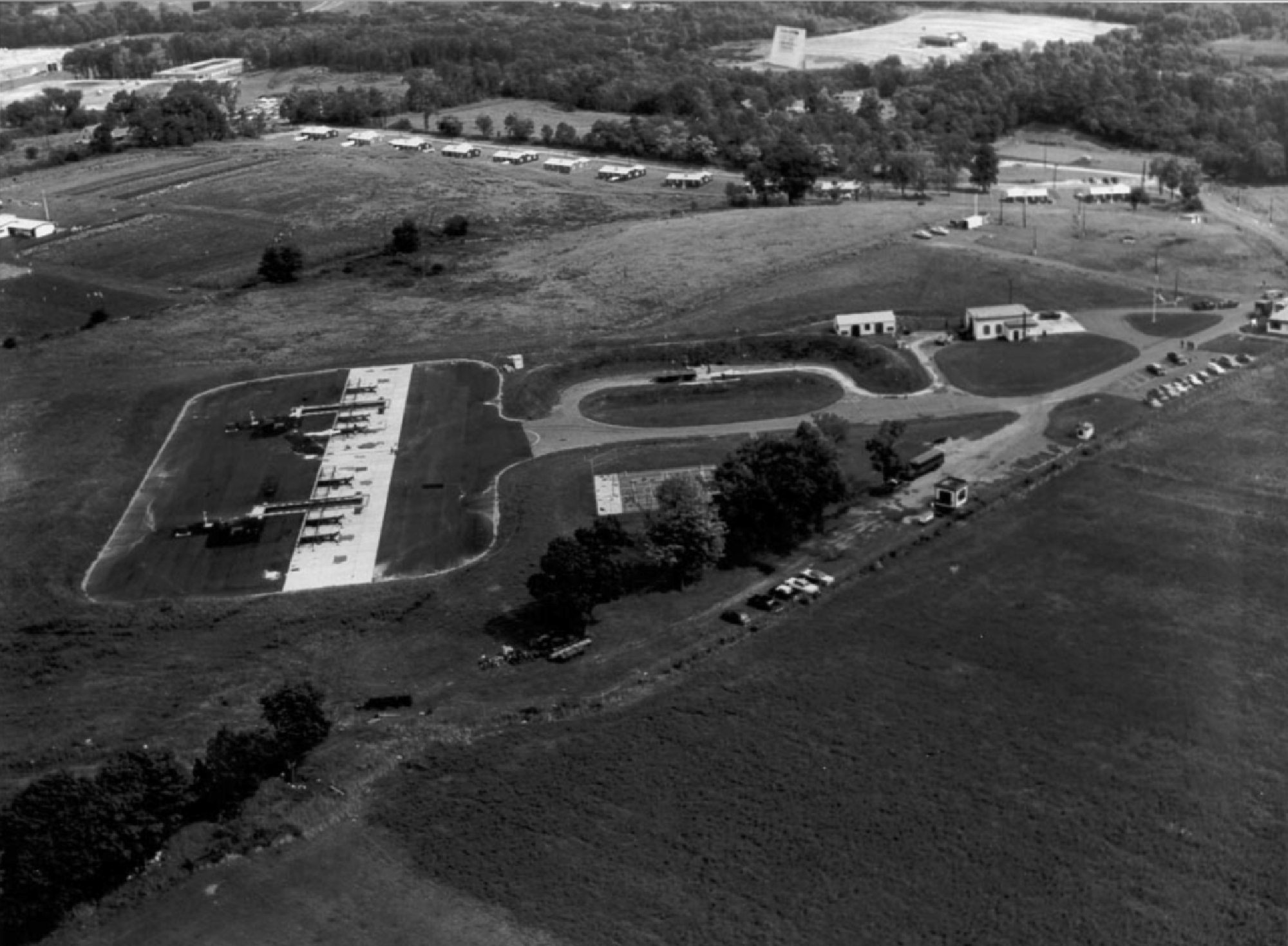 Adaptive Reuse: From Military Base to Innovation Campus

The ICBM was founded with the opening of the George J. Kostas Center in 2011. Since its inception ten years ago, the campus, a former NIKE missile site, has transformed two 1950's and 60's era buildings into spaces that allow start-up companies and research and development teams to thrive. The campus model pairs those retrofits with state-of-the art lab buildings filled with Class A office and R&D space for established companies. The synergy between tech industry giants, military agencies, and visionary young graduates and facility allows for a sharing of resources and a flexibility to meet rapidly evolving needs in both private technology and government research programs.

“Anser has worked with Jones for almost a decade at Northeastern University on numerous diverse projects at their ICBM Burlington Campus. Rick and his professional team of architects are very responsive, attentive, and provide a level of design services, often exceeding my expectations. His team listens to our stakeholders, end-users, and it shows in their thoughtful and cost-conscious designs.  We can always depend on Jones, and we often recommend them to other clients in the higher-ed market.” 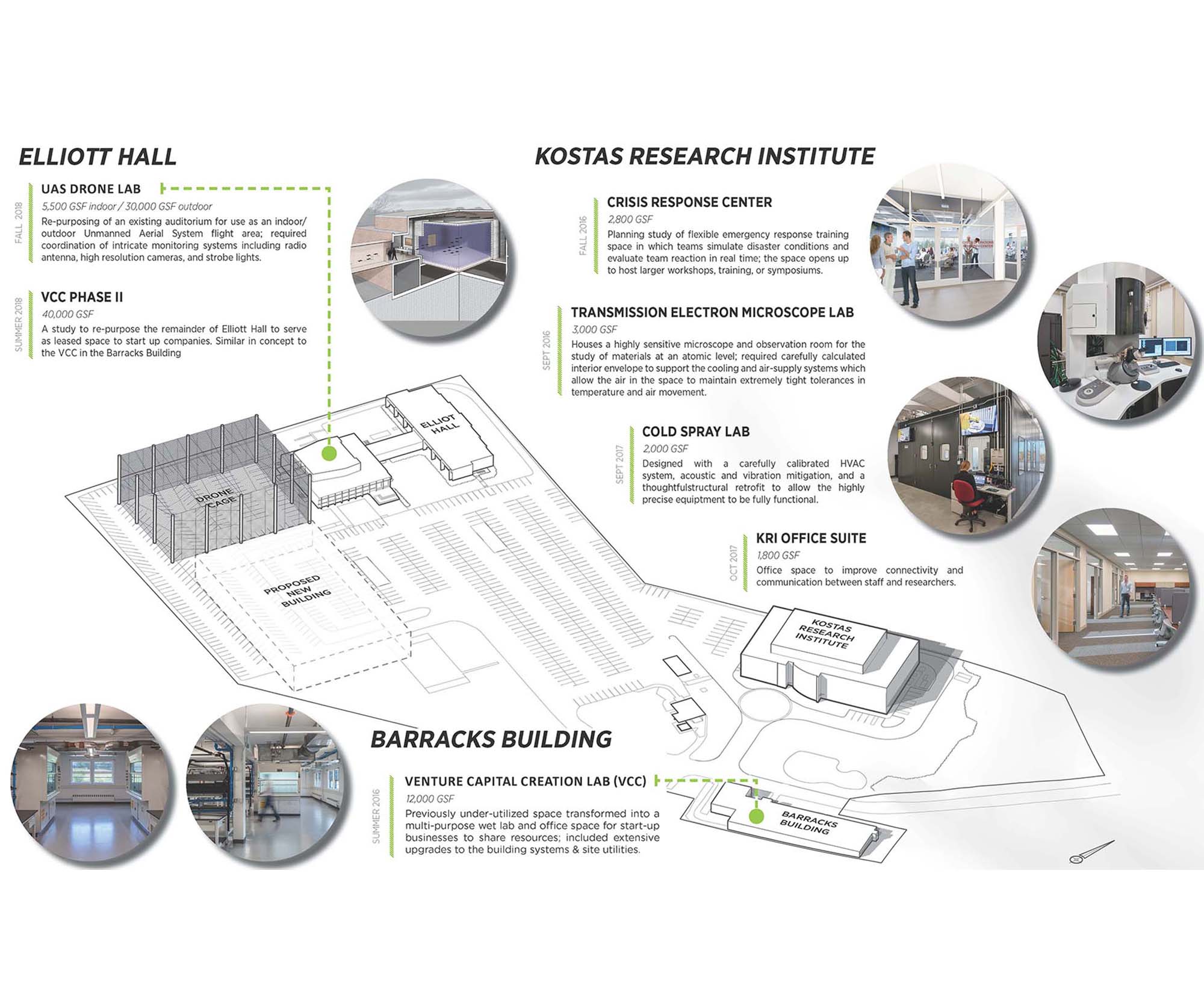 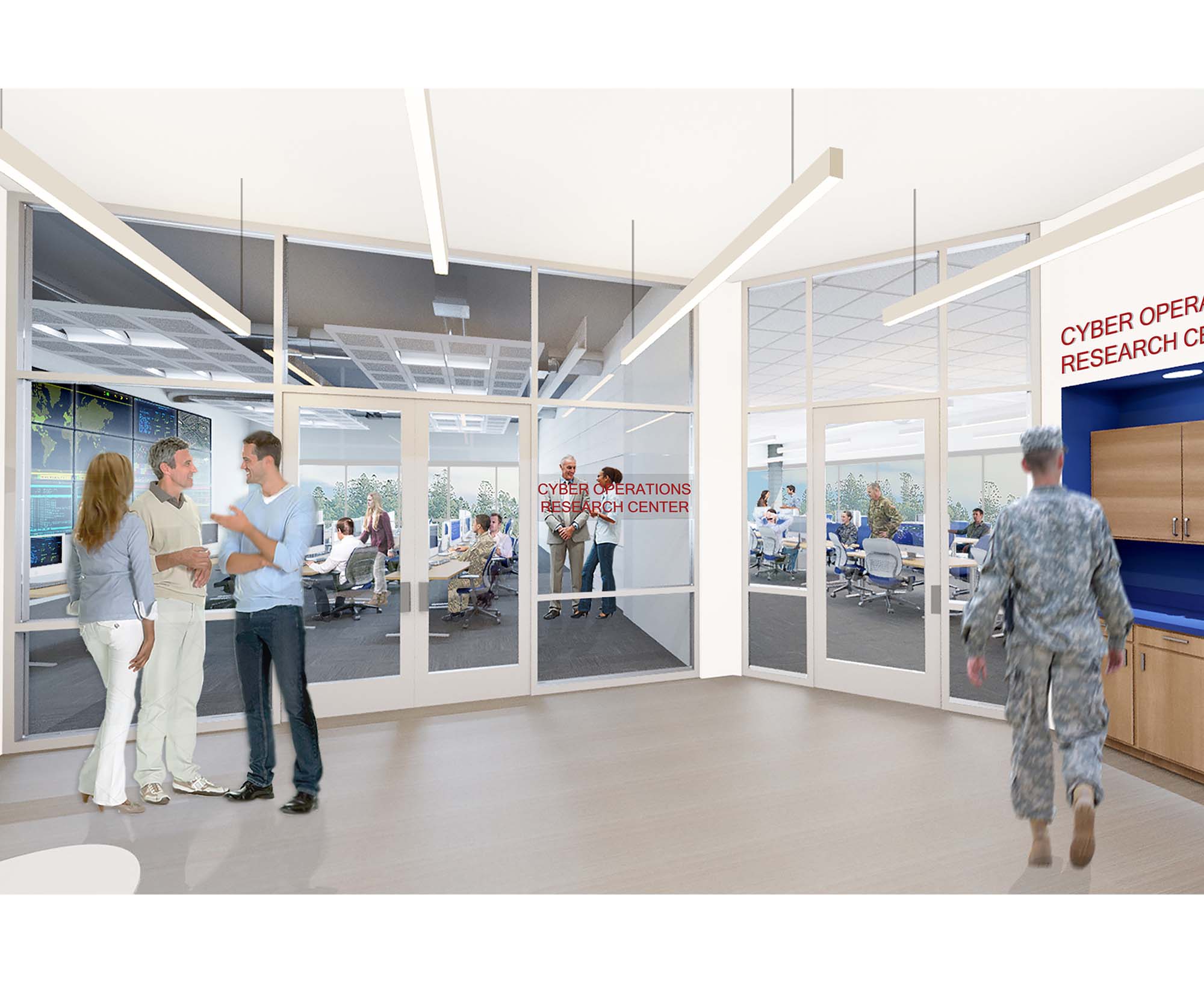 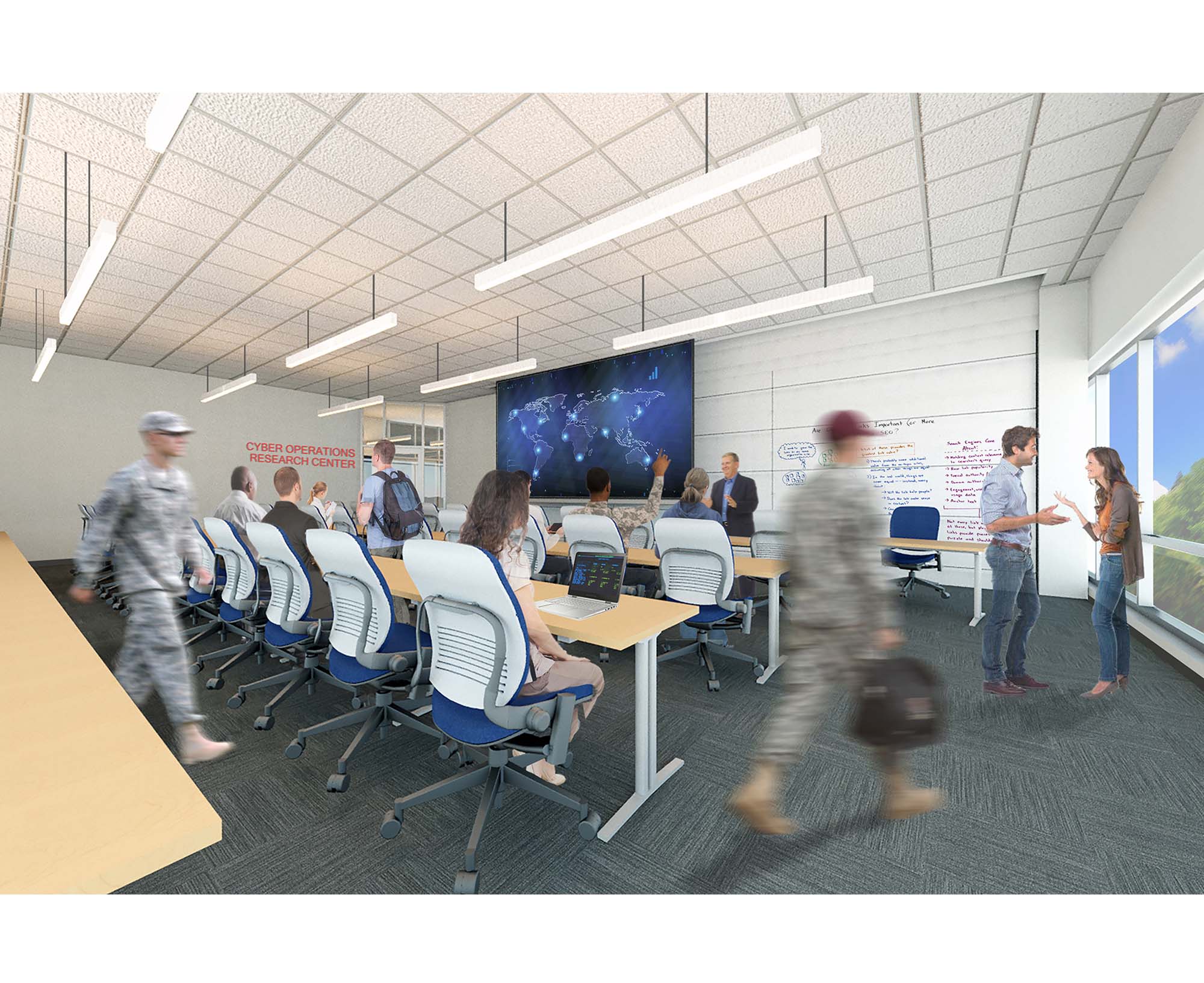 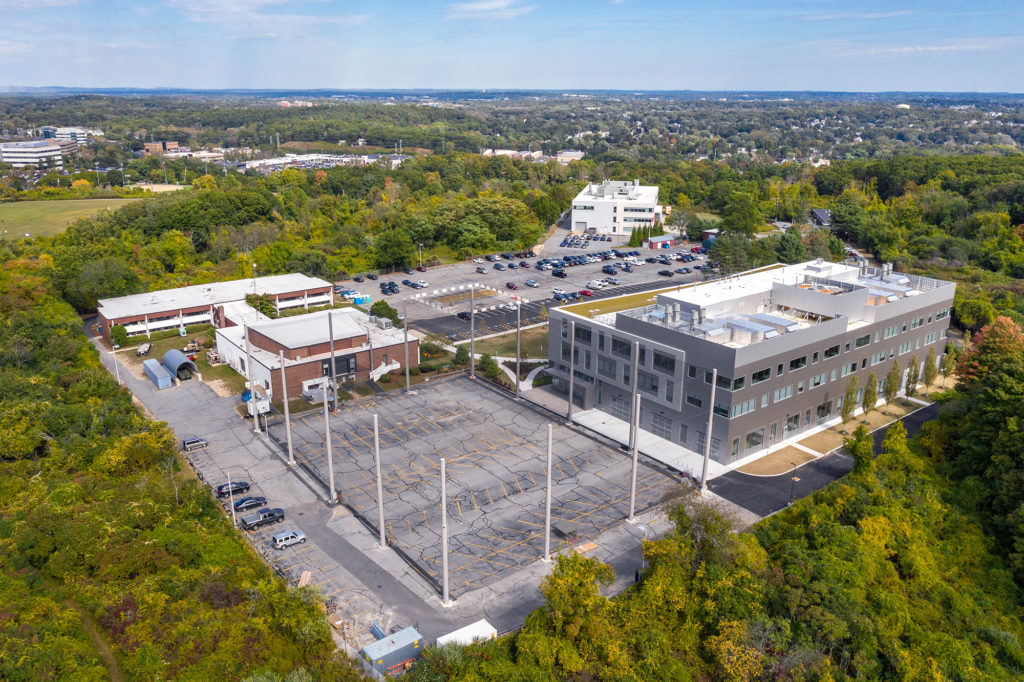 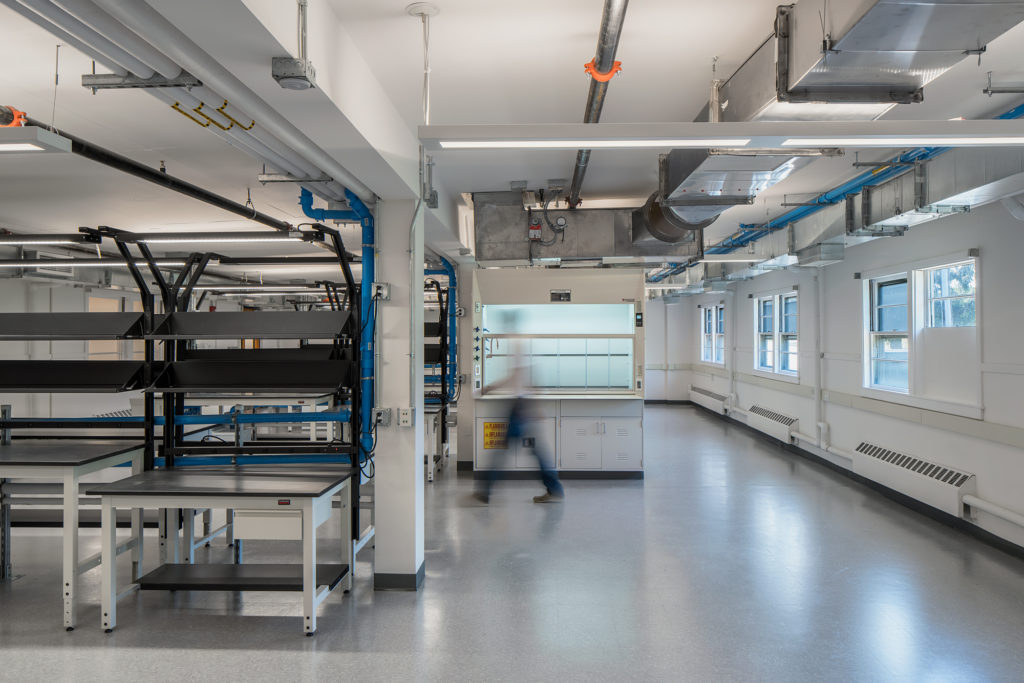 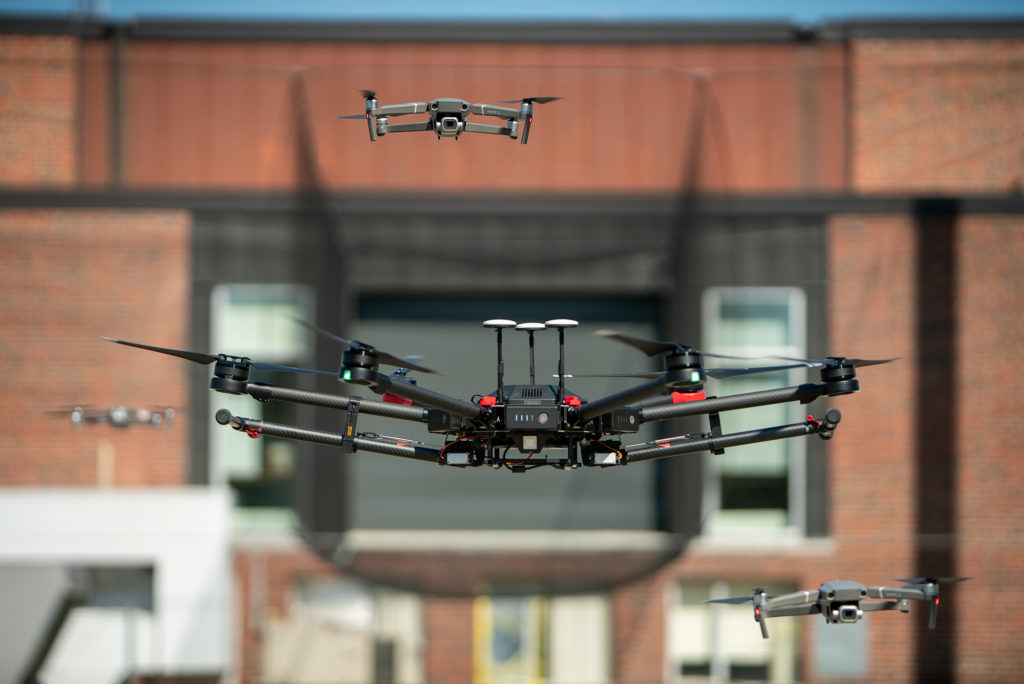 Cold Spray & Advanced Manufacturing Lab Studies: UMass Lowell is interested in expanding their manufacturing program with the addition of a Cold Spray Lab—a facility which uses particles suspended in gas projected at high velocities to adhere to metals. ...
READ MORE >

This lab renovation entailed the demolition of two existing bays of research labs on the Fourth Floor of Building 48 at MIT. The new space, designed in conjunction with the Principal Investigator (“PI”), provides an efficient layout for specialized research by ...
READ MORE >

Olin College of Engineering is an undergraduate engineering institution focused on innovative approaches to engineering education. Jones was hired to guide the effort to re-think the typical classroom and explore new team-based learning approaches to support their studio classroom model. ...
READ MORE >